Manipulating atomic orbitals in a material 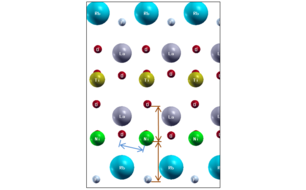 Dr. Sohrab Ismail-Beigi and his research group at CRISP are working to create new materials with useful electronic properties by taking existing materials and modifying their structure at the level of the bonds between the constituent atoms. This is feasible because the distribution of electrons around an atom is sensitive to subtle atomic-scale distortion of its bonds.

Using modern theoretical methods, the team have discovered a new materials design principle applicable to a broad class of layered materials that allows one to selectively elongate bonds.  The example above shows how the bonds that a nickel atoms makes can be elongated in the vertical direction (orange) compared to the horizontal direction (blue).  In this case, an oxidized nickel layer (green Ni, red O) has an oxidized titanium layer (yellow Ti) above it and all are surrounded by insulating oxidized layers of Lanthanum (grey La) or the insulator rubidium fluoride (blue Rb and small grey F). 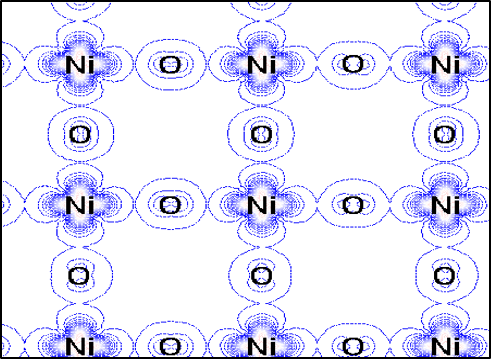