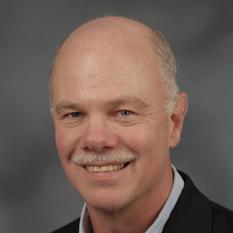 James Duncan, the Ebenezer K. Hunt Professor of Biomedical Engineering, has focused his research and teaching in the areas of biomedical image processing and analysis.

Duncan, who holds joint appointments in diagnostic radiology and electrical engineering, is the associate chair and director of undergraduate studies in the Department of Biomedical Engineering as well as the vice-chair for bioimaging sciences research in diagnostic radiology. He is particularly interested in the use of model-based mathematical strategies for the analysis of biomedical images. He helped pioneer the use of geometrical models for segmenting deformable (typically anatomical) objects of approximately known shape and for tracking certain forms of non-rigid object motion, and later soft tissue deformation, most notably that of the heart.

Duncan and his research team performed seminal work starting in 1987 on the use of parameterized global shape models to incorporate a notion of known prior object shape into the segmentation process using a Bayesian reasoning strategy, helping lead the way towards the use of strategies for automatically finding certain known anatomical structure from any of a variety of medical (e.g. computer tomography (CT), magnetic resonance imaging (MRI), ultrasound) and biological (e.g. confocal microscopy) images.

The strategies he developed have resulted in major advances in bioimaging. He and his research collaborators have applied these strategies to locate the cortical gray matter layer and a variety of co-localized subcortical gray matter structures in the brain as well as to locate the structure near the prostate gland. More recently, Duncan’s team has begun to show that these same techniques will be useful for estimating gray matter-constrained activations from functional MRI data and could help guide the recovery of quantitative biochemical information from MR spectroscopy.

Beginning in the late 1980s, Duncan also pioneered using shape features on the inner and outer surfaces of the heart wall as material tags for tracking left ventricular motion. This technique was successfully applied to other non-rigid tracking problems in cell biology and became the basis for a variety of efforts internationally. Duncan and his research team used this strategy for more sophisticated analysis in echocardiography. The team’s approach is now recognized in the medical-image-analysis community as among the first to incorporate true physical models into image analysis strategies and has helped develop a more general area of physical/biomechanical model-based re covery of both structural and functional information from biomedical images. Duncan’s laboratory has also developed initial forms of these techniques to estimate brain shift during epilepsy neurosurgery and guide fractionated prostate radiotherapy, among other uses. His work has resulted in three U.S. patents.

Duncan is a fellow of the Institute of Electrical and Electronics Engineers (IEEE) and the American Institute for Medical and Biological Engineering. He is president of the International Society for Medical Image Computing and Computer Assisted Intervention and is a member of the American Association for Artificial Intelligence and the I.E.E.E. Computer Society, among other professional organizations.