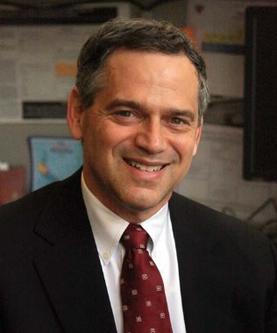 Harlan Krumholz is a cardiologist and health care researcher at Yale University and Yale-New Haven Hospital. He received a BS from Yale, an MD from Harvard Medical School, and a Masters in Health Policy and Management from the Harvard University School of Public Health. He is the Harold H. Hines, Jr. Professor of Medicine and Director of the Yale Center for Outcomes Research and Evaluation (CORE), one of the nation’s first and most productive research units dedicated to producing innovations to improve patient outcomes and promote better population health. He is also a Director of the Robert Wood Johnson Foundation Clinical Scholars Program, which prepares talented physicians to become future health care leaders.

Dr. Krumholz is the editor of Circulation: Cardiovascular Quality and Outcomes, and editor of CardioExchange, a social media site of the publisher of the New England Journal of Medicine. He has published more than 800 articles and is the author of two books, one on smoking cessation and another on reducing the risk of heart disease. He has a regular blog on Forbes.com and has contributed to the New York Times Wellness blog, the New York Times op-ed page, and National Public Radio Shots blog.