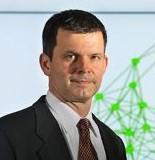 Jeff Brock, director of the campus-wide Data Science Initiative at Brown University and former chair of Brown’s Department of Mathematics, has been named the inaugural dean of science for the Faculty of Arts and Sciences (FAS) at Yale. Brock, a mathematician who focuses on low-dimensional geometry and topology, will join the FAS faculty on July 1 and assume the role of FAS dean of science on Jan. 1, 2019.

Brock will spend fall 2018 as a professor in the Department of Mathematics. During fall 2018, Paul Turner, the Elihu Professor of Ecology and Evolutionary Biology, will continue to serve as acting dean of science for the FAS. Turner will also continue his service as chair of the Tenure Appointments Committee in the Biological Sciences (TACBS) for the 2018-2019 academic year. In addition, Pieter van Dokkum will remain as chair of the Physical Science and Engineering Tenure Appointments Committee (PSETAC) for the 2018-2019 academic year.

“I am delighted to welcome Professor Brock to our community,” wrote Tamar Szabó Gendler, dean of the Faculty of Arts & Sciences in the email announcing the appointment. “In assuming the role of FAS dean of science, Professor Brock is fortunate to be following in the footsteps not only of Paul Turner, but also of Scott Miller, the Irénée du Pont Professor of Chemistry, who served as FAS divisional director for science from 2015 through 2017. Over the course of their tenures, Professors Miller and Turner have led the development of our faculty and our research infrastructure, building a collaborative, FAS-wide approach to scientific excellence and laying a strong foundation for future growth and success.”

Brock is new to the Yale faculty, but he is no stranger to Yale’s campus, having earned his undergraduate degree in mathematics at Yale in 1992 while pursuing his career as a jazz bassist and actively participating in Yale’s musical community. Brock went on to earn his Ph.D. in mathematics from the University of California-Berkeley in 1997. After holding postdoctoral positions at Stanford University and the University of Chicago, he joined the math department at Brown in 2004. In support of his research, Professor Brock has had continuous National Science Foundation (NSF) funding since 1997 and was awarded a John S. Guggenheim Foundation Fellowship in 2008. In 2017, he was elected as a fellow of the American Mathematical Society. A renowned teacher at both the graduate and undergraduate levels, Brock was recently selected to serve on the National Academies Roundtable on Data Science Education.

Brock’s mathematical research focuses on spaces with negatively curved, or “hyperbolic” geometry. His work led to the geometric classification of objects called hyperbolic 3-manifolds (in collaboration with Yair Minsky and Richard Canary). More recently, his research has focused on connections between hyperbolic geometry and theoretical physics, leading to the idea of a geometric evolution of 3-manifolds reminiscent of heat flow, and on the notion of a topology and geometry, or “shape” of complex and high dimensional data sets.

Brock has a wide range of experience in research leadership. He was co-principal investigator (PI) and inaugural deputy director of Brown’s Institute for Computational and Experimental Research in Mathematics (ICERM), an institute devoted to supporting and broadening the relationship between mathematics and computation. He currently serves as lead PI and director of Brown’s Transdisciplinary Research in Principles of Data Science (TRIPODS) Institute, one of 12 NSF-funded institutes, focusing on foundations of data science, including topics such as the geometry and topology of data, the structure of networks, and causal inference. Under his leadership, Brown’s Data Science Initiative — a collaborative effort between Brown’s Departments of Applied Mathematics, Biostatistics, Computer Science, and Mathematics — secured the TRIPODS grant, co-sponsored the Summer@ICERM undergraduate research program in Topological Data Analysis, and worked with Brown’s Center for Biomedical Informatics to bring to Brown a major National Institutes of Health training grant for data science in the medical field.

As an aspiring jazz bassist and mathematician, Brock said he chose to attend Yale College rather than to pursue more narrowly technical or strictly musical options, hoping he might have access to excellence in music and humanities without sacrificing mathematics and science. He was a member of the Whiffenpoofs of 1992, and the founding bassist of the Vijay Iyer Trio, a collaboration that began with nightly duo sessions with pianist and Yale classmate Vijay Iyer in the Saybrook dining hall, and that led to recordings of the trio’s first two CDs when they were graduate students at Berkeley. He has maintained a presence in the jazz scene in Providence and Boston, noting that he looks to music as a model for the collaboration and improvisation that enlivens his mathematical work. Brock and his wife, Sarah Cussler ’92, met at Yale as undergraduates and will move to New Haven this summer with their three children.