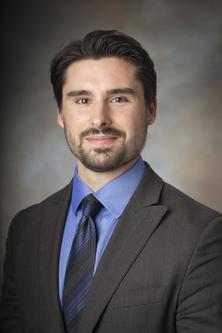 Dr. Anticevic trained in Clinical Psychology and Cognitive Neuroscience at Washington University in St. Louis where he worked with Drs. Deanna Barch and David Van Essen. Following his graduate training, Dr. Anticevic completed his internship in Clinical Neuropsychology at Yale University. After internship, he joined the Yale University Department of Psychiatry as research faculty while concurrently serving as the Administrative Director for the Center for the Translational Neuroscience of Alcoholism. Subsequently, he was appointed as an Assistant Professor of Psychiatry and Psychology at the Yale University School of Medicine, where he directs a clinical neuroimaging laboratory focused on severe psychiatric illness such as schizophrenia. Dr. Anticevic is a recipient of the NARSAD Young Investigator Award, the International Congress of Schizophrenia Research Young Investigator Award, the NIH Director’s Early Independence Award, the NARSAD Independent Investigator Award and the Klerman Prize for Exceptional Clinical Research. He currently serves as the Co-Director of the Division of Neurocognition, Neurocomputation, and Neurogenetics (N3) at Yale School of Medicine.

Broadly, his research interests are centered on cognitive neuroscience of psychiatric illness, functional connectivity, as well as functional neuroimaging analysis methodology. Specifically, Dr. Anticevic is interested in characterizing brain circuits involved in cognitive operations such as working memory as well as their interaction with neural systems involved in affective processes, with the focus of understanding how these interactions may go awry in the context of severe neuropsychiatric illness (e.g. schizophrenia, bipolar disorder and substance abuse). Methodologically, his research harnesses the combination of task-based, resting-state, pharmacological functional neuroimaging, as well as computational modeling approaches to mechanistically understand neural circuit dysfunction in disorders such as schizophrenia.